I started out in industry with a degree in Electrical Engineering from Virginia Tech, and worked for 15+ years for various manufacturing and instrumentation systems companies, first on the east coast and then later in Salt Lake City, Utah. My technical responsibilities have covered the gamut from power electronics to distributed control systems to microelectronic instrumentation, all of which were used in a range of industrial and medical applications. During those years I held a variety of positions including electronic design engineer, manufacturing engineer, test systems engineer, product development manager, and engineering department manager.

Since becoming a full-time independent consultant in 1996, the majority of my work has involved the programming of measurement, control and automation systems, from embedded controllers and PLCs, to Windows PCs with intensive graphics and database access. I also continue to pursue electronic design, and sensor development and interfacing. To a limited degree, I have been contracted to perform on-site project management. I also developed and presented training courses on Windows-based control programming back in the early days of Windows NT and ActiveX controls. At one point I was a Microsoft Certified Trainer for early versions of the Microsoft Access database management program.

As noted elsewhere on the web site, for both personal and professional reasons I decided in 2000 to broaden my horizons by delving into renewable energy systems work. Rather than try to land a job as some type of design engineer or manager for a company making products for the industry, I instead opted to learn how to design and install off-grid solar power systems myself. The hands-on field experience that I’ve obtained along the way, combined with my engineering background, now provide me with a uniquely broad perspective of the Solar PV field that few can match.

Several good shots of the inside of our office and lab. We have the parts, tools and instrumentation for both circuit level and test bench/console level assembly and testing of instrumentation and automation equipment. 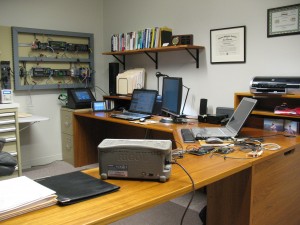 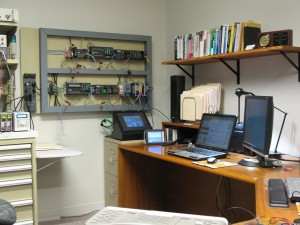 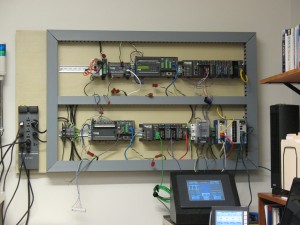 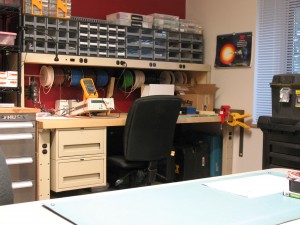 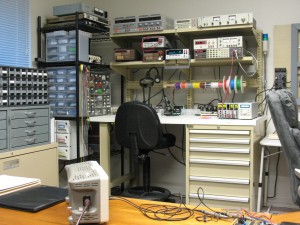